It might be surprising, but Mercedes-Benz is rapâ€™s luxury car of choice 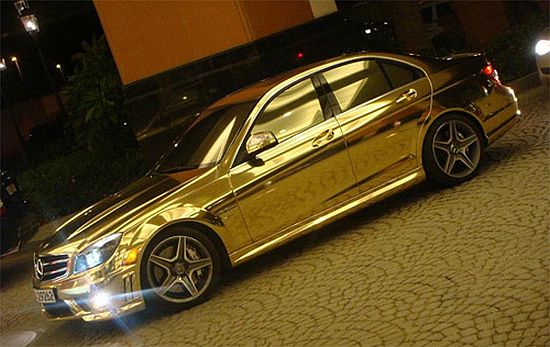 When thinking of rap's luxury car of choice the first variants that emerge are either Bentley or Lamborghini, but it turns out that Mercedes-Benz is hip-hopâ€™s most frequently shouted out vehicle.

When thinking of rap's luxury car of choice the first variants that emerge are either Bentley or Lamborghini, but it turns out that Mercedes-Benz is hip-hop’s most frequently shouted out vehicle. Mercedes-Benz took the cake in terms of make, while the ‘64 Chevy Impala was the top model. West Coast rapper The Game has logged the most total car mentions, and Atlanta artist Gucci Mane boasts the most “car songs,” having mentioned luxury rides in a whopping 302 tracks. The Game is the unofficial ambassador for seven car brands, including Chevrolet, Mercedes-Benz, Lamborghini, Porsche, Aston Martin, Maserati and Bugatti. Bentley and Ferrari are represented best by Gucci Mane, Maybach by Rick Ross, Cadillac by Chamillionaire (which is impressive, because the Houston rapper has fallen off the map in recent years), Jaguar by Lil Flip, Audi by Migos, Lexus by Big Tymers, Hummer by Big Tymers and Gucci Mane, Jeep by Nas and BMW by Action Bronson. Quite a few rappers also reference hearses in their songs.